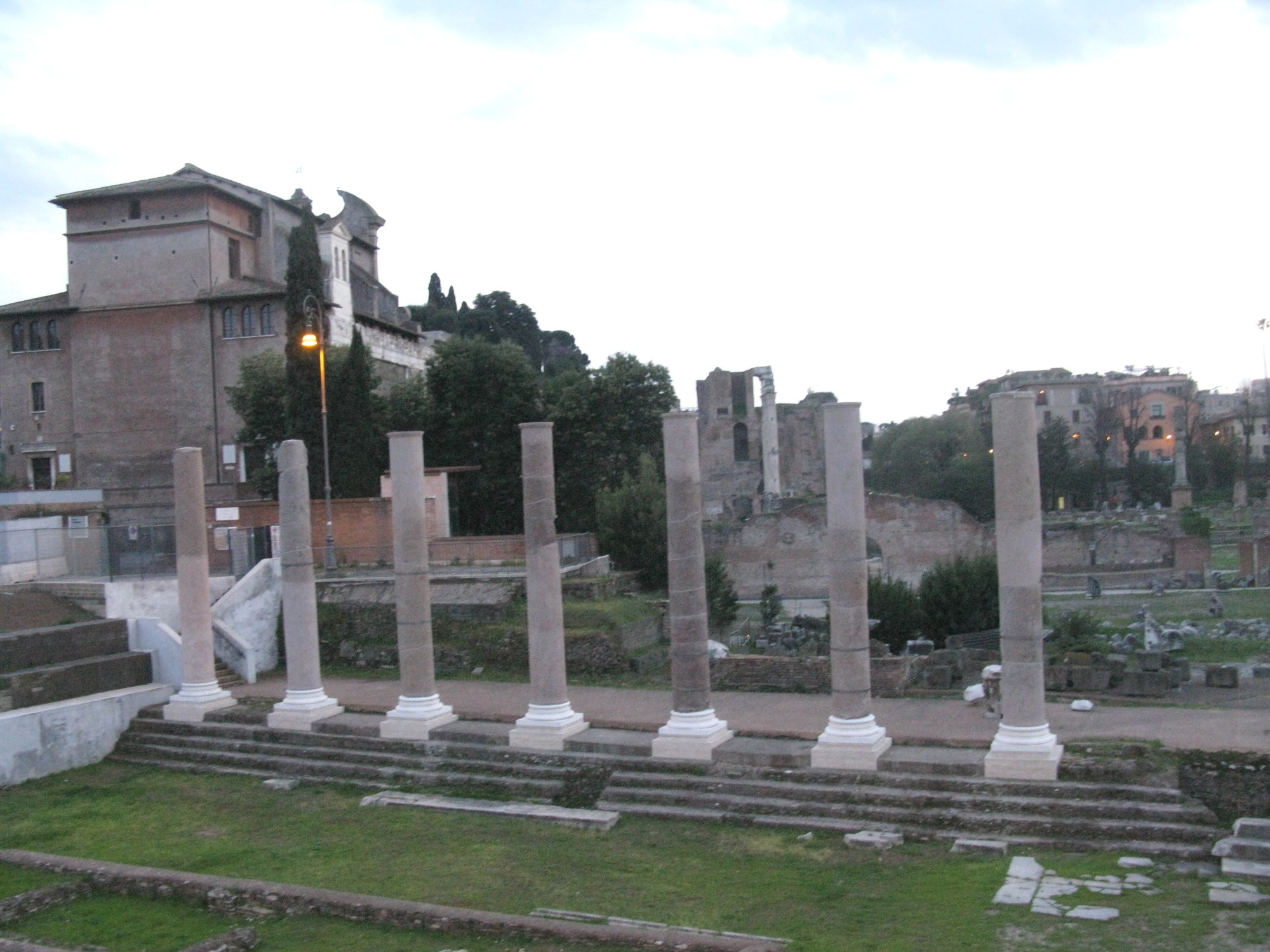 Titus Flavius Vespasian (9AD – 79AD) founded the Flavian dynasty of Roman Emperors, despite being born into a humble family with no useful connections. He was, however, a highly able general.

The Foro della Pace was a project he initiated having crushed a Jewish rebellion and conquered Jerusalem in 70AD. The forum was designed to be a piazza with colonnaded walkways and a temple dedicated to Pax, the goddess of peace.

The site was excavated in 1998-2000 and archaeologists uncovered fragments of columns which had been made from pink marble found in Egypt. At the far end of the Forum along the Via dei Fori Imperiali – the imperial road built by Benito Mussolini – you can see seven Corinthian columns proudly reconstructed by archaeologists in white marble.

Outside the Forum, there is a detailed description of how the columns were rebuilt just using the small fragments that were uncovered during the excavation – around 70% of each column is reconstructed, but a spectacular sight they are from any angle in the Forum.

Botanical analysis also revealed that the piazza was planted with roses. It is thought that looted treasures from Jerusalem decorated the walls. There was a library – and as well as the hall of worship, there was a hall where the Forma Urbis Romae hung, a vast map of Rome measuring 18 x 13 metres, made from coloured blocks of marble.

Some might feel that the Foro della Pace was more to do with the glorification of Vespasian and Rome than a tribute to peace. It was certainly intended as a useful repository for all the spoils of war from Jerusalem.

Today we drift past the Forum, marvelling at the spectacle of the site – and it is spectacular, particularly at sunset – perhaps rarely ever thinking about the bloodshed which underpinned the bedrock of some of the ancient monuments we now happily photograph from every angle.

When does history cease to be offensive to us is an important question. How much time has to pass until we can look at a monument and see it purely as a relic from the past? For each and every one of us, the answer is likely to be different.

No doubt the Roman citizens went about their business in the Foro della Pace as easily as we might wander round our local shopping mall. But the forum also served an important social purpose for Vespasian in symbolising the unity of the Roman Empire and all of its peoples, who were not always as unified as emperors like Vespasian would have liked. And rather than a forum – which served an administrative purpose – the Foro della Pace is considered a temple, because its primary purpose appears to have been as a place of repose and worship.

Little is left of the Foro della Pace today – the wall where the great map hung is still visible, along with the reconstructed columns. But as for a symbol of peace, Rome’s might or the spoils of war, time has done its job as far as the temple is concerned.

Below you can read about the reconstruction of the seven Corinthian columns – and see a plan of the original Foro della Pace. 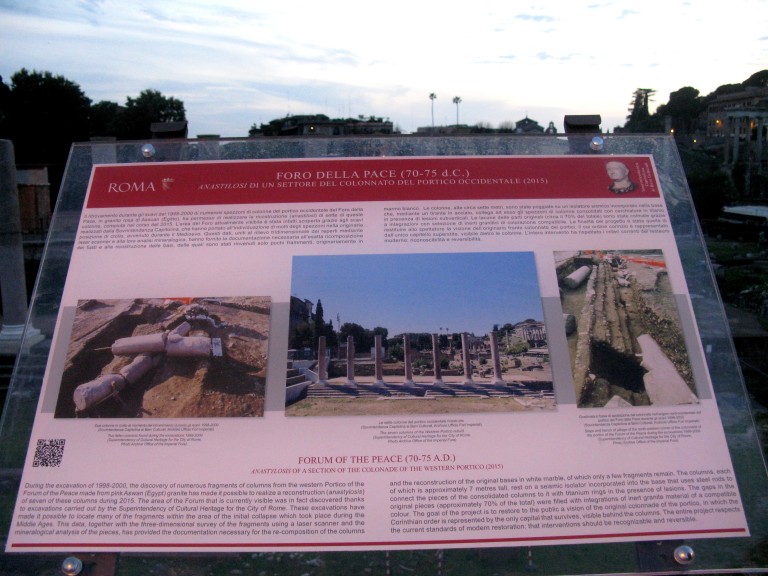 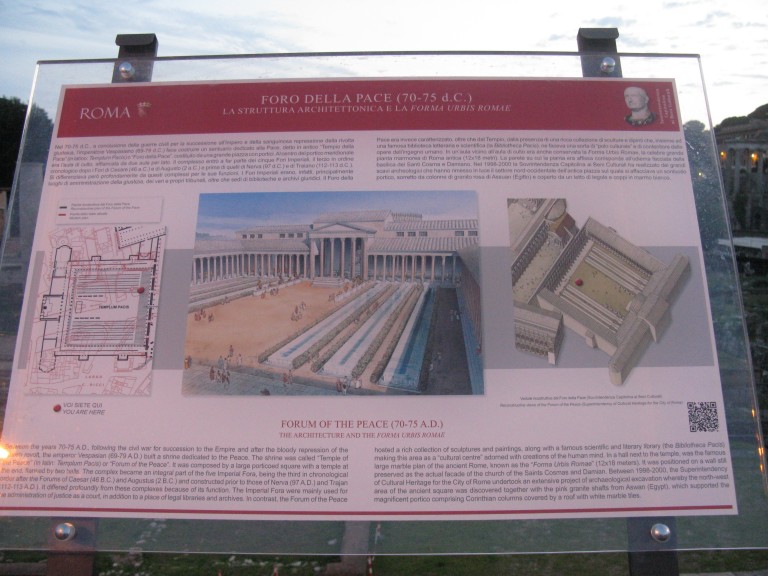