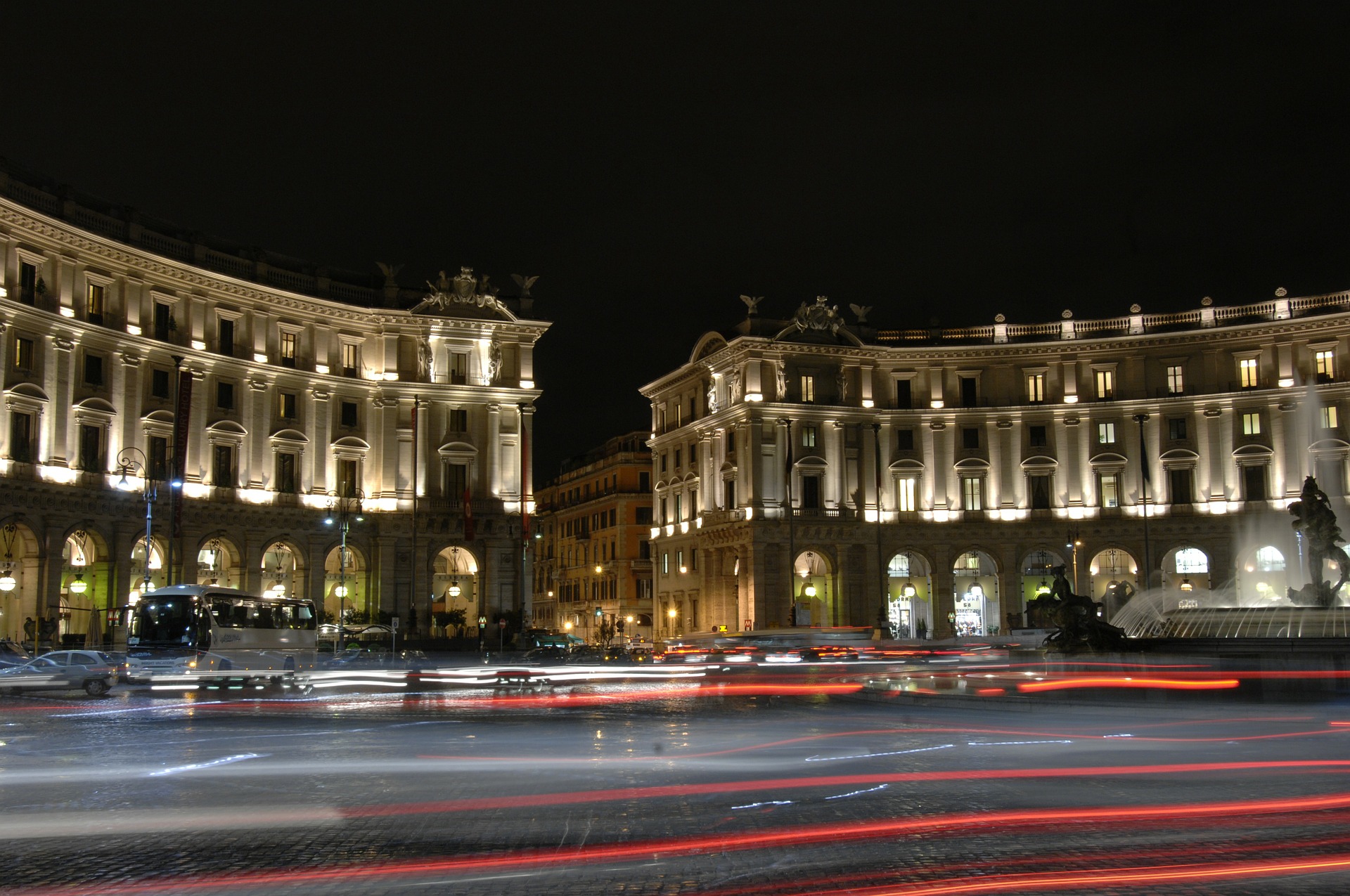 Piazza della Repubblica will become familiar to anyone staying in the Termini district of Rome, but if you are located by the Spanish Steps or even across the river by the Vatican you might not venture up Via Nazionale to this expansive, semi-circular piazza. That would be a shame, as there are three important tourist sites on one side of the piazza, plus a colonnaded walkway on the other, which is where you will find some lovely cafes and bars.

The piazza is where you will find the Diocletian Baths, the National Roman Museum and the Basilica of Santa Maria degli Angeli. In the centre of the piazza is Fontana della Niaida – the fountain of the water nymphs, who are desporting themselves round the fountain in an unseemly fashion. The fountain is often used as a rest stop for weary tourists who have sandwiches to eat or a map to read, but beware the direction of the spouting nymphs, or you could get a soaking.

The National Roman Museum, the basilica and the Diocletian Baths are handily close together at Piazza della Repubblica.

The traffic round the fountain – which forms a roundabout – is also fairly ferocious, so take care when you cross.

But head for one of the cafes beneath the cool and shaded colonnades on the other side of the piazza and you will be rewarded – there is also a small shopping mall full of treats and a cafe which specialises in patisserie, which you can buy as a gift.

The piazza used to be called the Piazza dell’Esedra because it was based on an semi-circular room in the Diocletian Baths, called an exedra as the room was open and had seating round it.

The fountain was built between 1870 and 1888 and originally was decorated with four lions. In 1901, the lions went and the four naked nymphs replaced them, causing some controversy because of their state of undress. 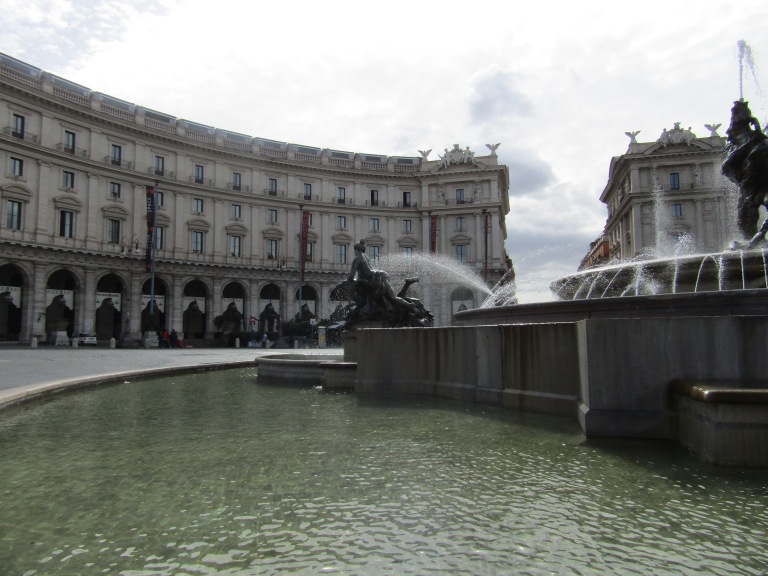 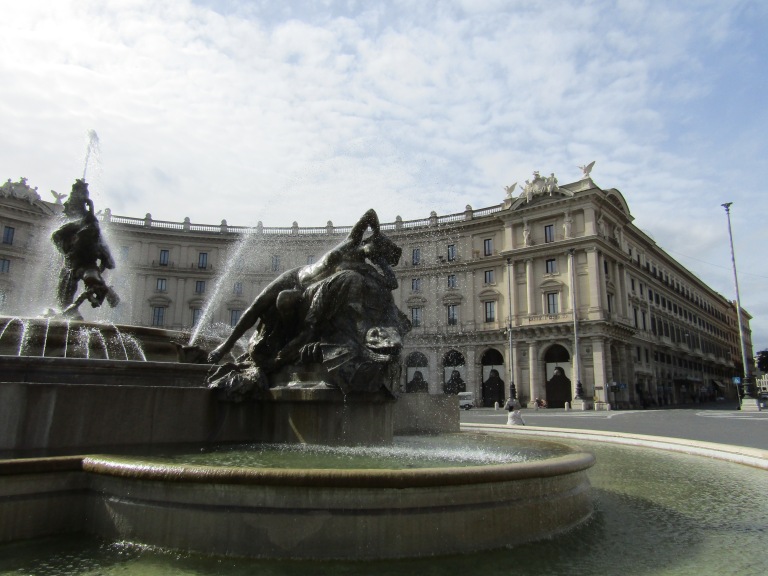 Th piazza is one of the grandest and most elegant piazzas in Rome, however – with more than a whiff of splendour about it. It is hard to appreciate it fully when you are hot and tired and your feet are throbbing – but it is well worth a visit.

One consolation is that it is near the Termini, as well as  Teatro dell’Opera Metro station, so you can take the easy way home. There is also a taxi rank outside the basilica if you are unable to take another step. Treat yourself to a ride back down Via Nazionale and take a beautiful box of gift-wrapped patisserie with you – you will have earned it!

The ROME ALONE series of novels takes you on a romantic adventure from the comfort of your own home!

In ROME ALONE AND ROME AGAIN, join unhappy wife and mother Bee and newly-divorced Alzheimer’s researcher Dr Neil McCarthy as they both reluctantly set out for a mini break in Rome and what turns out to be a life changing experience. Join them three years later when they both return to Rome and start to uncover the forces at work they did not suspect on their first trip.

The story continues in VERONA AGAIN when newly divorced former professional cellist Moira fulfils a childhood dream of visiting Verona during the opera season. There she meets a generous and quirky American who appears to have a secret that she does not discover until she finds herself all at sea with him.

In VERONA AGAIN the story continues, as three couples battle to save their relationships – who will succeed, who will fail and who will lose the love of their life?

The final books in the series ROME AT LAST and VERONA AT LAST will be published on Kindle Unlimited later in 2018 and 2019.