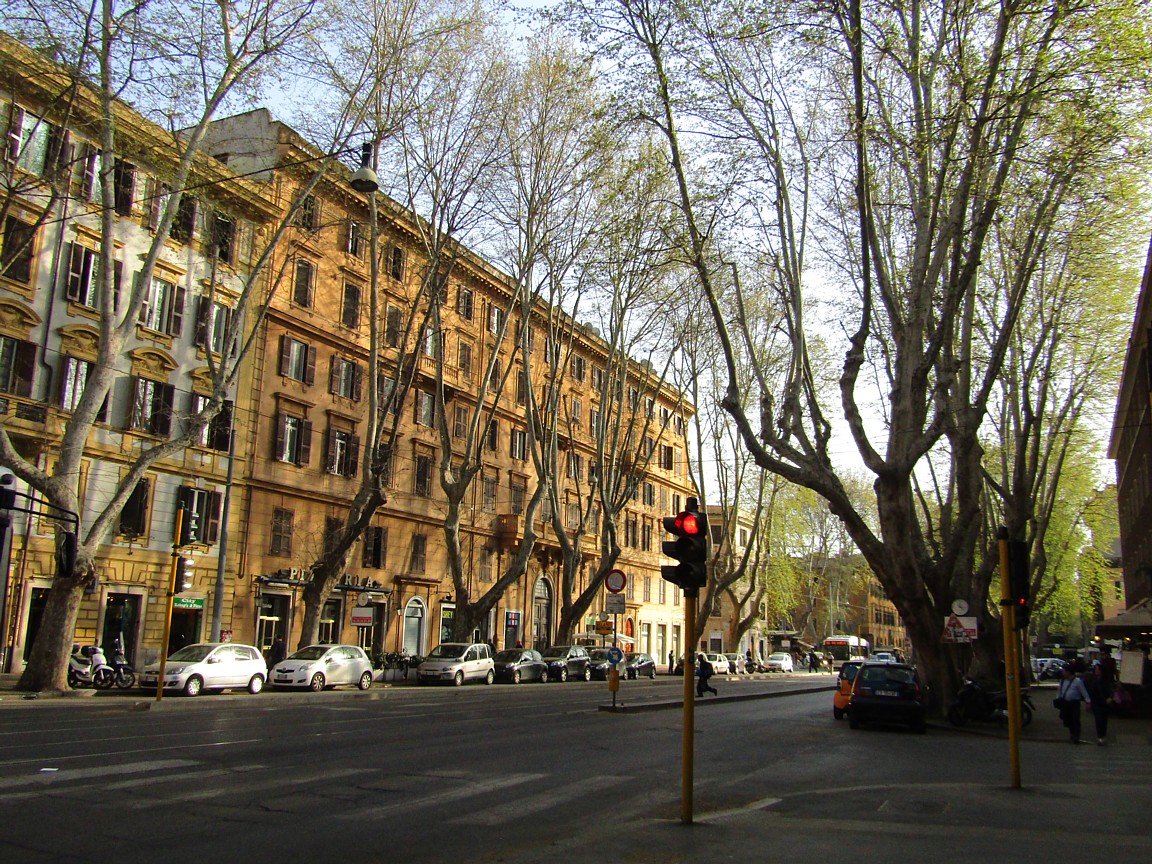 Walking is the best way to see Rome and ensure you take in all the sites – and perhaps  discover a few treasures of your own along the way.

It is fairly easy to walk from Piazza di Spagna to Trastevere if you are a keen walker and don’t mind marching on your stomach.

Set off from Piazza di Spagna and head off to the Trevi Fountain – you can either take Via Due Macelli or slide off down Via Condotti to Via del Corso and take in some shops along the way.

Throw your coin into the Trevi, make your wish and maybe buy a gelato or a macchiato to see you on your way. It is a short hop from the Trevi to Piazza Venezia and the impressive Vittorio Emanuele II Monument, which is great for photo opportunities, especially if you have the energy to climb up to the top and be master or mistress of all you survey – round the back of the monument is a spectacular view of the Forum, too.

If you want to march on, veer to the left of the VEII Monument and you will pass Trajan’s Market, marked by Trajan’s Column.

Keep marching up Via de Fori Imperiali, taking in the Forum. If you plan to visit the Forum, you can pre-book tickets for the Forum and the Colosseum, but you will need to start out early to fit everything in in one day. It is a good idea to take a change of shoes, as your feet will undoubtedly begin to ache after a trip round these two major sites. Allow about two hours for the Forum and at least one for the Colosseum.

Once you have reached the Colosseum, turn off to the right, past the entrance to the Forum and keep walking towards Circo Massimo. The large grassy expanse is used by Romans for jogging, dog walking and lounging in the sunshine, but was once used for track events by the Ancient Romans.

Trot along the lefthand side of the Circo Massimo, maybe pick a daisy or two in the sunshine – and then head off to the left, which will take you past the traffic police station in Rome. Walk up the little hill away from the police HQ and the River Tiber will open out before you magnificently. You can take in the famous Bocca della Verità as you go – the mouth of truth, where tourists place their hands in the mouth of the sculpture. The stone masque is located in the Piazza della Bocca della Verità, the site of Rome’s ancient cattle market. 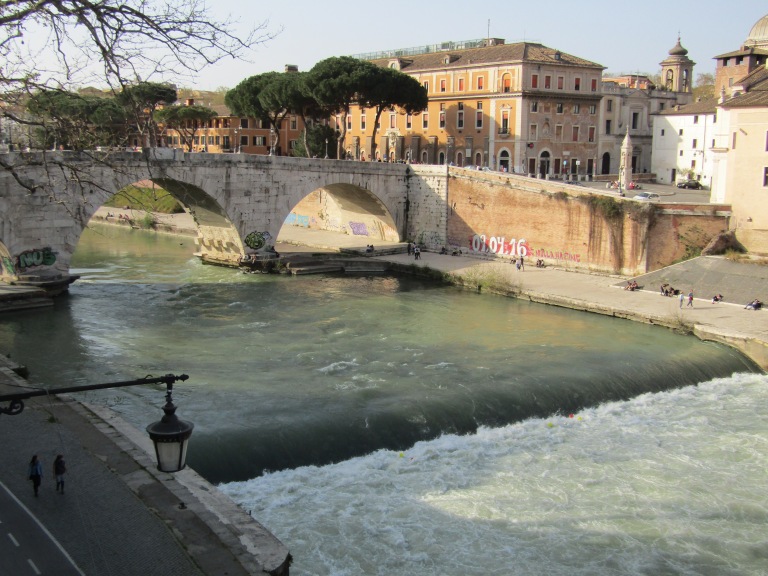 River Tiber at its best

The area combines wide, tree-lined boulevards dusty in the sunshine and reeking of pre-war atmosphere, with winding lanes full of on trend independent shops and cool eateries.

The dictator Benito Mussolino was the architect of Rome’s vast imperial buildings and it is easy to imagine tanks rattling up the centre of the road, past the grand yellow and terracotta buildings lining the leafy boulevards. It was Mussolini’s aim to build a Third Rome (la terza Roma) to reflect a modern sense of empire. There is a street named after him in Trastevere. But onwards.

In Piazza di Santa Maria, you will find yourself stumbling among tourists and souvenir shops, until in the side streets, tourism gradually gives way to a more chic vibe.  Locals and tourists lounge round the fountain in the centre of the piazza – and the Basilica of Santa Maria in Trastevere has some breathtaking thirteenth century mosaics to take in.

The square is also lined with bars and gelateria, where you can relax, rest your feet, enjoy an aperitif at sundown and watch the locals walk their dogs and generally hang out, before enjoying dinner in a chic eatery followed by a night of clubbing. You’ve earned it!

All images copyright A. Meredith 2017

Set off to the Eternal City for a weekend of surprises in ROME ALONE, as unhappy housewife Bee and newly-divorced Alzheimer’s expert Dr Neil McCarthy leave from opposite ends of the country for a mini-break full of the unexpected that will change their lives forever as they make their way round the sites. Return to Rome with them three years later in ROME AGAIN and discover the forces at work which they never suspected on their first trip.

Catch up with the story in VERONA ALONE, free at Kindle Unlimited or for just £2.60 each.