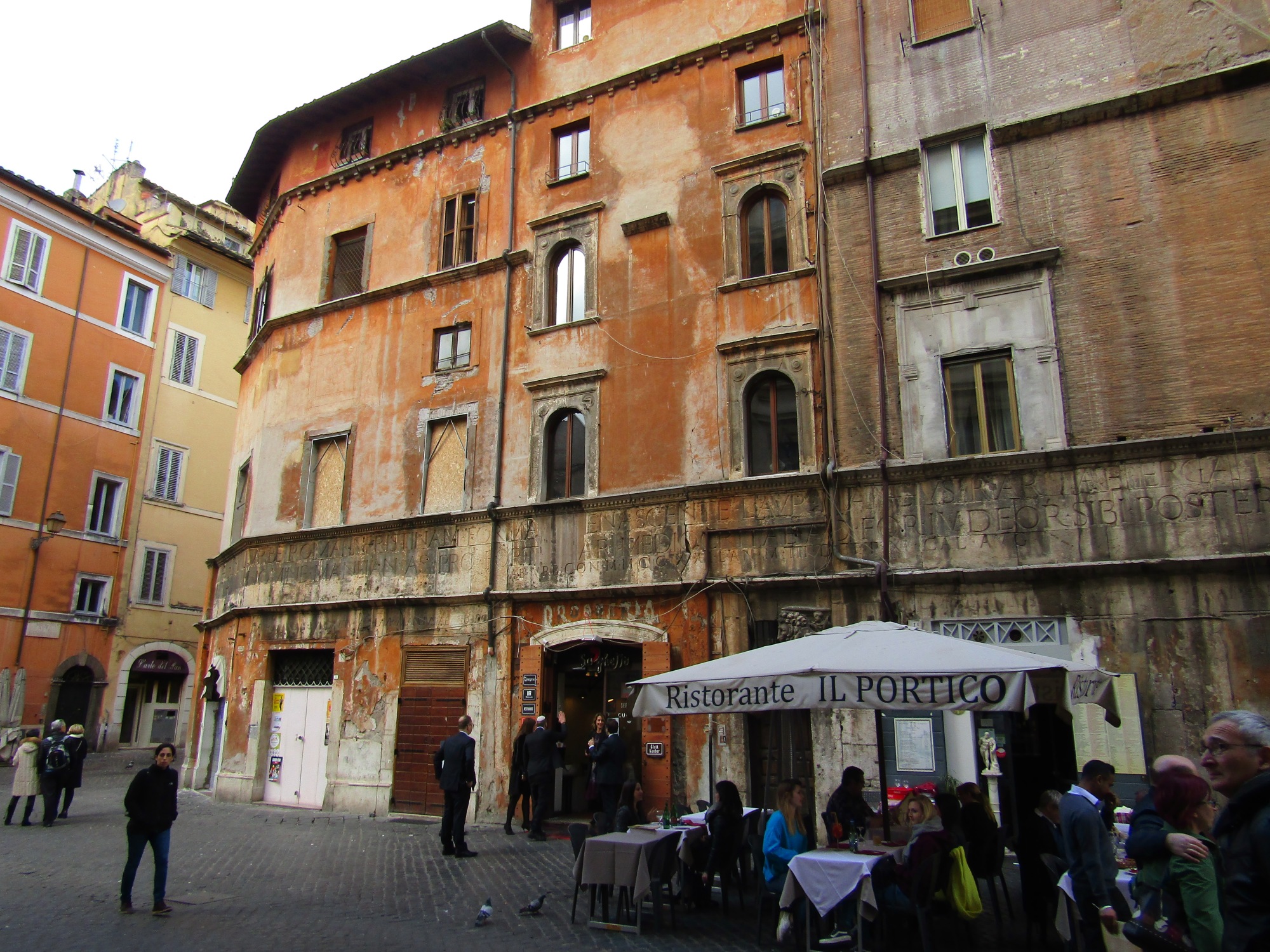 It will be the day the most feared force in the world will arrive on your doorstep, intent on tearing you away from everything and everyone you know, intent on destroying you. 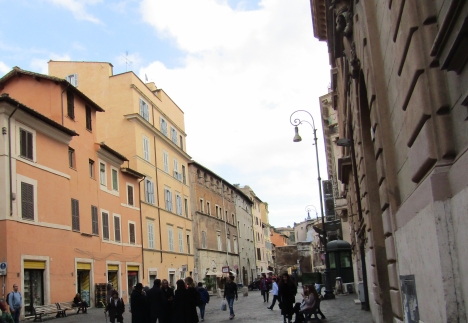 History of the Jewish Quarter in Rome

The Jewish Quarter in Rome (Ghetto di Roma) is one of the oldest Jewish communities outside the Holy Land, dating from 1555 and pre-dating the historic Diaspora (meaning Jews living outside Israel), which separated the Jewish community into Ashkenazi and Sephardic Jews. Ashkenazi Jews are thought to be of Eastern European or Germanic origin, while Sephardic Jews are thought to emanate from Spain or the Middle East. The Ghetto di Roma is the second largest Jewish community in Italy – but the first Jewish Quarter outside the Holy Land was established in Venice. 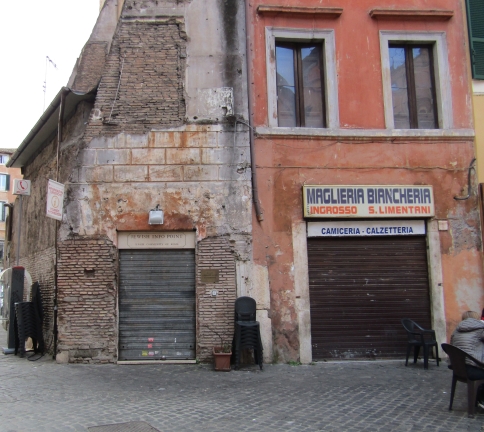 The community in Rome lived inside a walled ghetto in the area of Rione Sant’Angelo, near the River Tiber to the south of the market piazza Campo dei Fiori, just behind Teatro Marcello. It is a relatively small area to visit, consisting of only four blocks – and was originally built on some of the poorest land in the city, where Jews were forced to live.

Jews had arrived in Rome much earlier than the establishment of the Ghetto di Roma, however, and have lived in Italy for more than 2,000 years.

The Romans were generally tolerant of the Jewish community, especially Julius Caesar, whose death was mourned by the Jews in Rome. However, the emperors Hadrian, Tiberius and Claudius instigated expulsions of the community – and the future emperor, Titus, was responsible for the sack of Jerusalem in 70AD at the instigation of his father, Emperor Vespasian, with Tiberius acting as his second-in-command for the military campaign. 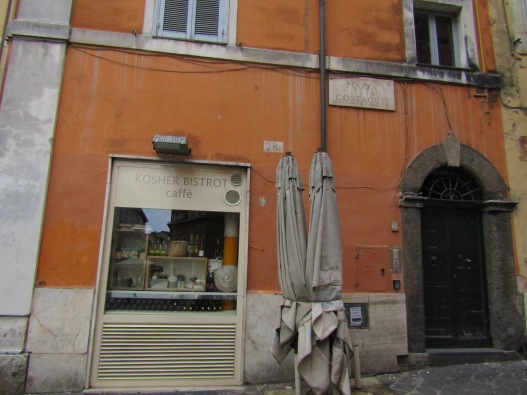 Jews in Italy during WWII

During the Holocaust, Jews living in Italy were interned from 1941 in concentration camps in Campagna and at Bolzano in the Veneto region – a transit camp run by the Nazi regime. The Italian community helped some interned Jews escape from the camps in the initial years of internment – and the city of Verona in the Veneto region opposed the Nazis. But after 1943, Jews in Italy were sent to death camps.

On 16 October 1943, the Nazis entered the Jewish Ghetto in Rome – those they deported were sent to Auschwitz-Birkenau and never returned. Read the testimony of survivors to find out exactly what happened when the Jewish community was rounded up by the Nazis on 16 October 1943 in Rome. 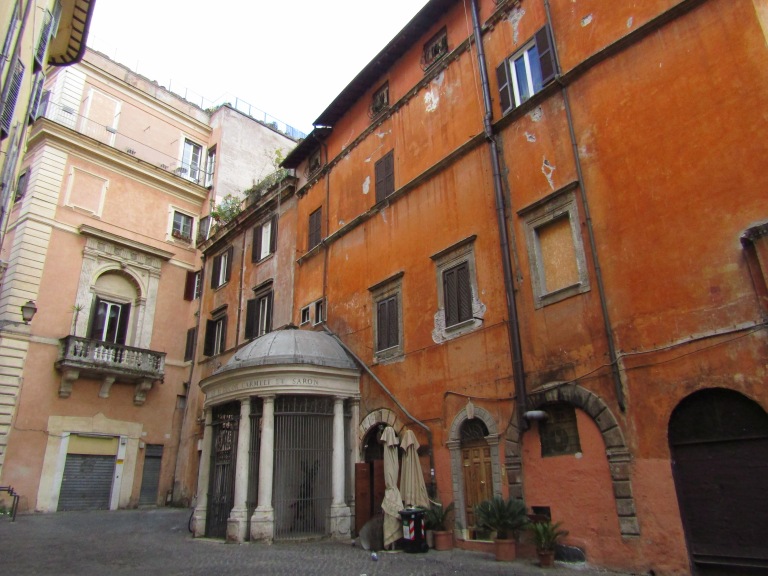 An estimated 7,500 Jews living in Italy perished during the Holocaust and the actions of Pope Pius XII during WWII have often been at the centre of criticism as to why the Vatican allowed the Holocaust to happen – with some claiming that the Pope refused to help on the grounds of neutrality, or because he feared losing the support of Catholics in Germany and Austria; while others claim he worked in secret to secure help for the Jews. You can read more online about the Vatican’s stance during WWII at the Jewish Virtual Library. 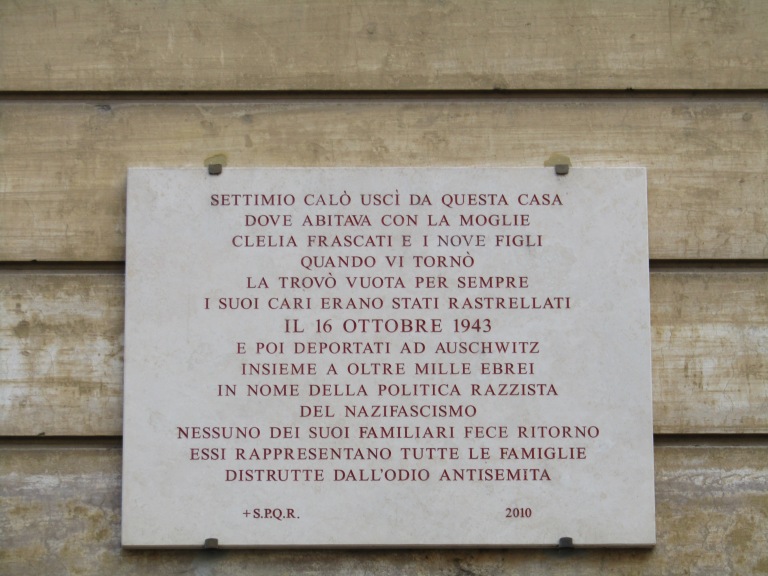 The Nazis were great admirers of Ancient Rome and the Roman Empire – and used the same symbol of the eagle to denote power and strength, even though the greatest Roman Emperor of all time, Julius Caesar, was a friend to the Jewish community.

It is important to remember that not only Jews died during the Holocaust, but also the elderly and infirm, children and infants, those with physical and mental disabilities, homosexuals and lesbians, and Romany gypsies. In fact, anyone who did not fit the identikit of perfection and value to the State that the Nazi regime had drawn up – as well as those who opposed the Nazi regime or were considered political dissidents, such as the Communists. 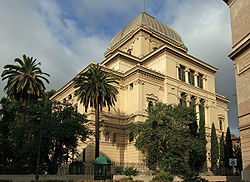 The Russian tenor Theodore Ritch (1894-1943) died on a train en route to a concentration camp in Poland in 1943.  A recording of Ritch singing the famous aria from Puccini’s Tosca, E Lucevan le Stelle still exists.

The opera is set in Rome in June 1800 and tells the story of a love affair between an artist Cavaradossi and a singer Tosca, who are ensared by the Chief of Secret Police, Scarpia, who ultimately wants Cavaradossi out of the way and Tosca for himself.  The character of Tosca famously leaps to her death from the battlements of Castel Sant’Angelo in Rome after Scarpia has Cavaradossi imprisoned and shot. Cavaradossi sings E Lucevan le Stelle – “And the stars were shining “- in his prison cell the night before he goes to his death.

There is also a story told by a survivor of the Nazi concentration camps, who said he heard a tenor singing the aria E Lucevan le Stelle every day in his prison block, until one day the singing stopped and was never heard again. The aria seems a fitting tribute to those who perished in concentration camps during WWII.

The voice of Holocaust victim Theodore Ritch singing the famous aria is available on YouTube – it acts as a powerful reminder of the millions who died so pointlessly and cruelly in the Holocaust, but whose voices will never be silenced, as well as the millions of people being persecuted today.

Today the Jewish Quarter in Rome is again a bustling place, renowned for its cuisine, including bakeries and patisseries, as well as restaurants serving traditional food.

It has continued to survive and thrive, with plenty to see, from the Great Synagogue to the Roman amphitheatre Teatro Marcello and the Jewish Museum.

The website Walks of Italy offers more information on what to see in the historic Jewish Quarter of Rome. 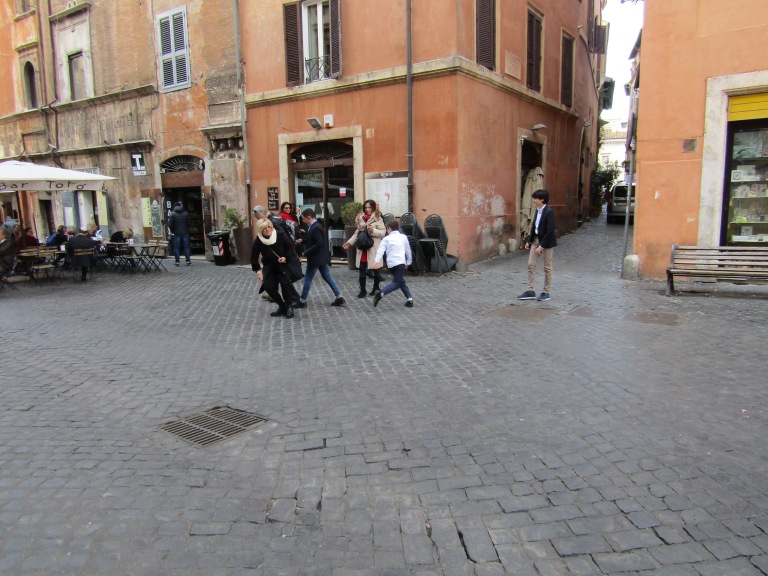