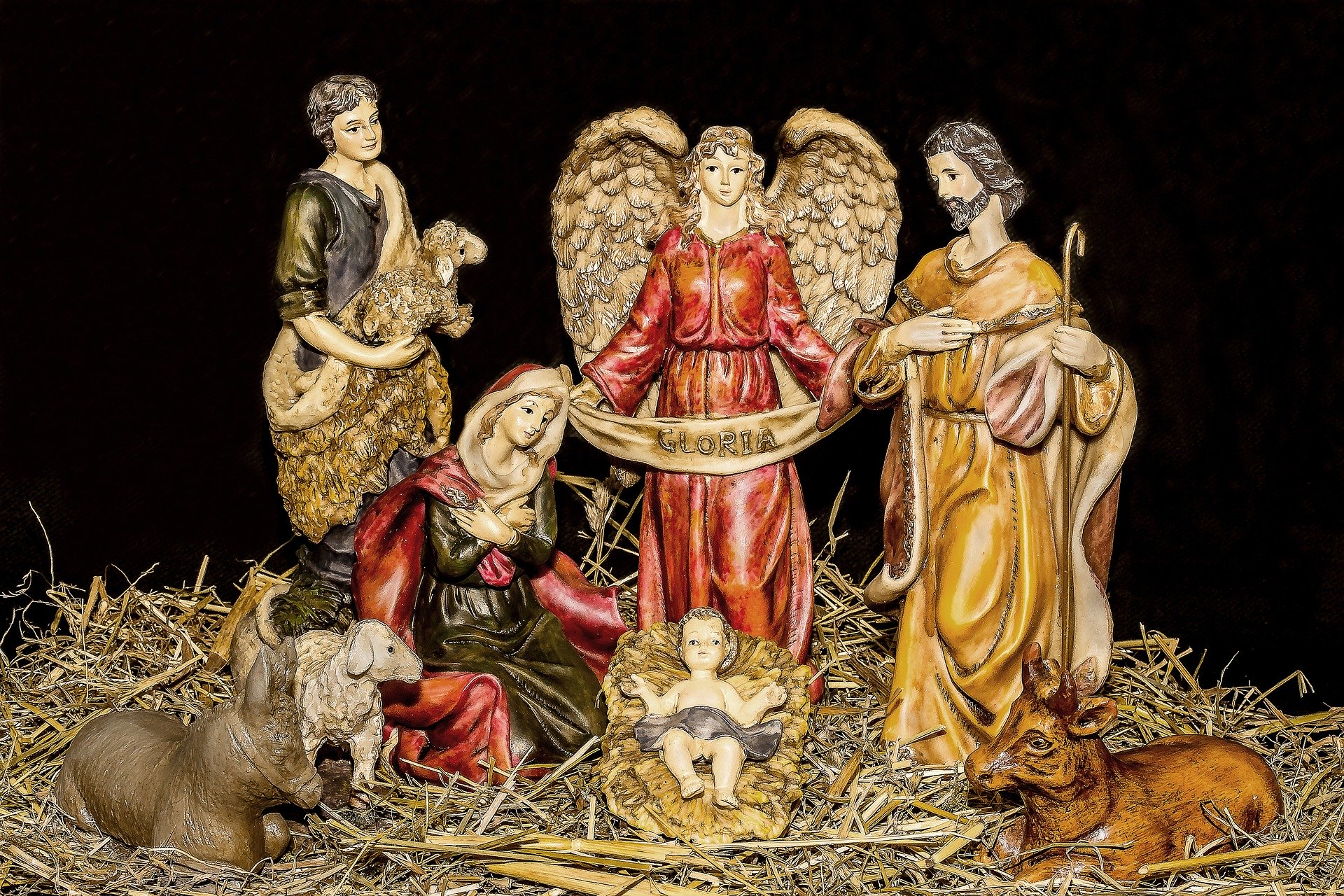 The first mention of a celebration on 25 December was in AD 336, at the end of the reign of Emperor Constantine, who ruled the empire between AD 306 and AD 337.

Constantine is credited with being the first Roman Emperor to embrace Christianity and monotheism – the worship of one god – over the Ancient Roman tradition of worshipping many gods, who all served specific purposes in the live of Ancient Romans.

The move to a belief in one god in charge of all aspects of human life was phased in gradually, with the old gods still playing a role in the lives of Ancient Romans.

There were celebrations in the empire which took place in December – including Saturnalia, which was dedicated to Saturn, the god of agriculture and time. The festival started out as one single day of celebration, but by the later years of the Roman Empire (31-131 BC), it was extended and became a festival that began on 17 December and lasted for one week – ending on what Christians now know as Christmas Eve, 24 December.

After the murder of Julius Caesar, his great nephew, Octavian – who became Emperor Augustus  (27 BC–AD 14) – decided to shorten the festival to just three days because it was affecting the working week of Ancient Romans. 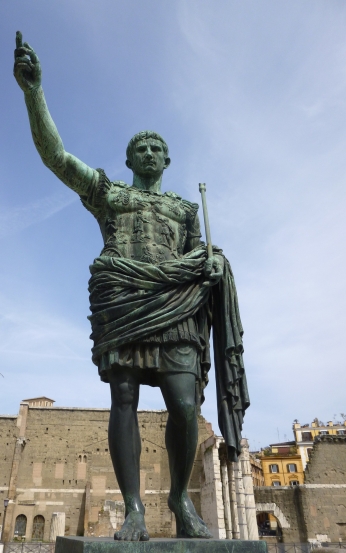 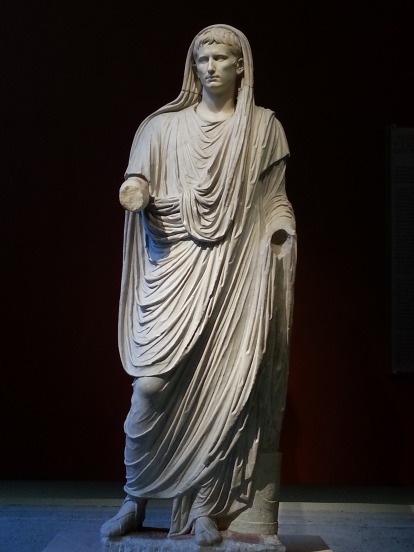 The festival had also become not just confined to people’s homes, but became more public, with people dressing up in their finest clothes, including clothing made with gold threads to add bling to the proceedings. Now we decorate our homes in gold and bright colours – and dress up in red and green and our best gold threads, just as the Ancient Romans did!

In Rome, there was also a celebration at the Temple of Saturn, comprising public feasting. Saturn’s sister-wife Ops had also become involved in the celebrations, with 17 December being dedicated to her.

There was public drunkenness recorded in the writings of the time – and a general atmosphere of merriment on the streets during the holiday. In Ancient Rome, there would be games played in the streets – and public gambling was allowed. 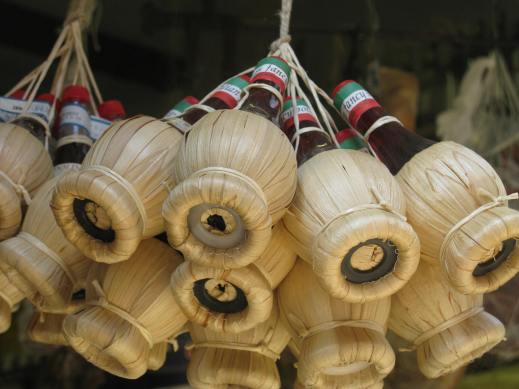 It is easy to see how Saturnalia – which marked the winter solstice – morphed into what we now know as Christmas, which many complain is now becoming less a time for family and marking a religious festival and more a good excuse to dress up, get drunk and have a good time!

The Roman Empire and Jesus 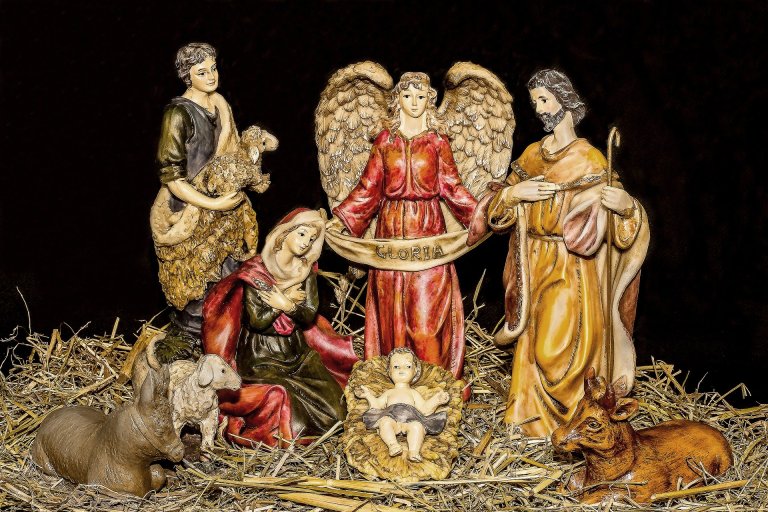 It is thought that Emperor Constantine’s mother Helena – who was Greek – embraced and promoted Christianity and helped spread it throughout the Roman Empire.

It is therefore ironic that it was the Romans who had put Jesus to death – not the Jews, as some believe erroneously. Jesus was a Jew who posed a threat to the power of Rome with his teachings about one god rather than a whole panoply of gods, as was widely believed and promoted in the Roman Empire.

Emperor Julius Caesar had been murdered by his fellow senators for trying to establish his legacy as a living god in perpetuity, so the Roman Empire was extremely sensitive to anyone who challenged the idea of the emperor and senate as the ultimate power. The many gods the Romans believed in fought among themselves for power – establishing one divine being to rule over heaven and earth as Christianity did was extremely threatening to the empire’s authority.

Constantine was born in AD 275, centuries after the death of Jesus, who was estimated to be 33 years’ old when he was crucified on the orders of Pontius Pilate, the governor  of Judaea.

Judaea was a province of the Roman Empire during the rule of Emperor Tiberius, who succeeded Emperor Augustus in AD 14. A famous quote attributed to Tiberius is, “It is the duty of a good shepherd to shear his sheep, not to skin them” – coincidentally, the idea of Jesus being the Good Shepherd who sacrifices his life for his flock of believers is a common image in Christianity.

It is thought Constantine’s conversion to Christianity occurred after a vision when he was battling his greatest rival Maxentius in AD 312.

Constantine was a worshipper of many gods, but especially the sun god Sol. While en route to fight Maxentius, he reached the River Tiber and saw an image of the cross against the sun and the words in hoc signo vinces – “in this sign you will triumph”. It is this vision that converted him to Christianity – and led to him returning goods and land seized from Christians and promoting religious equality throughout the Roman Empire. A basilica in the Forum begun by Maxentius in AD 308 was completed by Constantine after he defeated him at the Battle of Milvian Bridge in AD 312.

Constantine was baptised a Christian on his deathbed in AD 337, leaving a Christian legacy to the former lands of the Roman Empire – and perhaps the beginning of what Christians now know as Christmas.

So this year, eat, drink and be merry – but perhaps raise a glass to Emperor Constantine who helped bequeath us the Christmas celebrations we have today!

Read a Chronology of Jesus on Wikipedia

One thought on “Did the Roman Empire invent Christmas?”