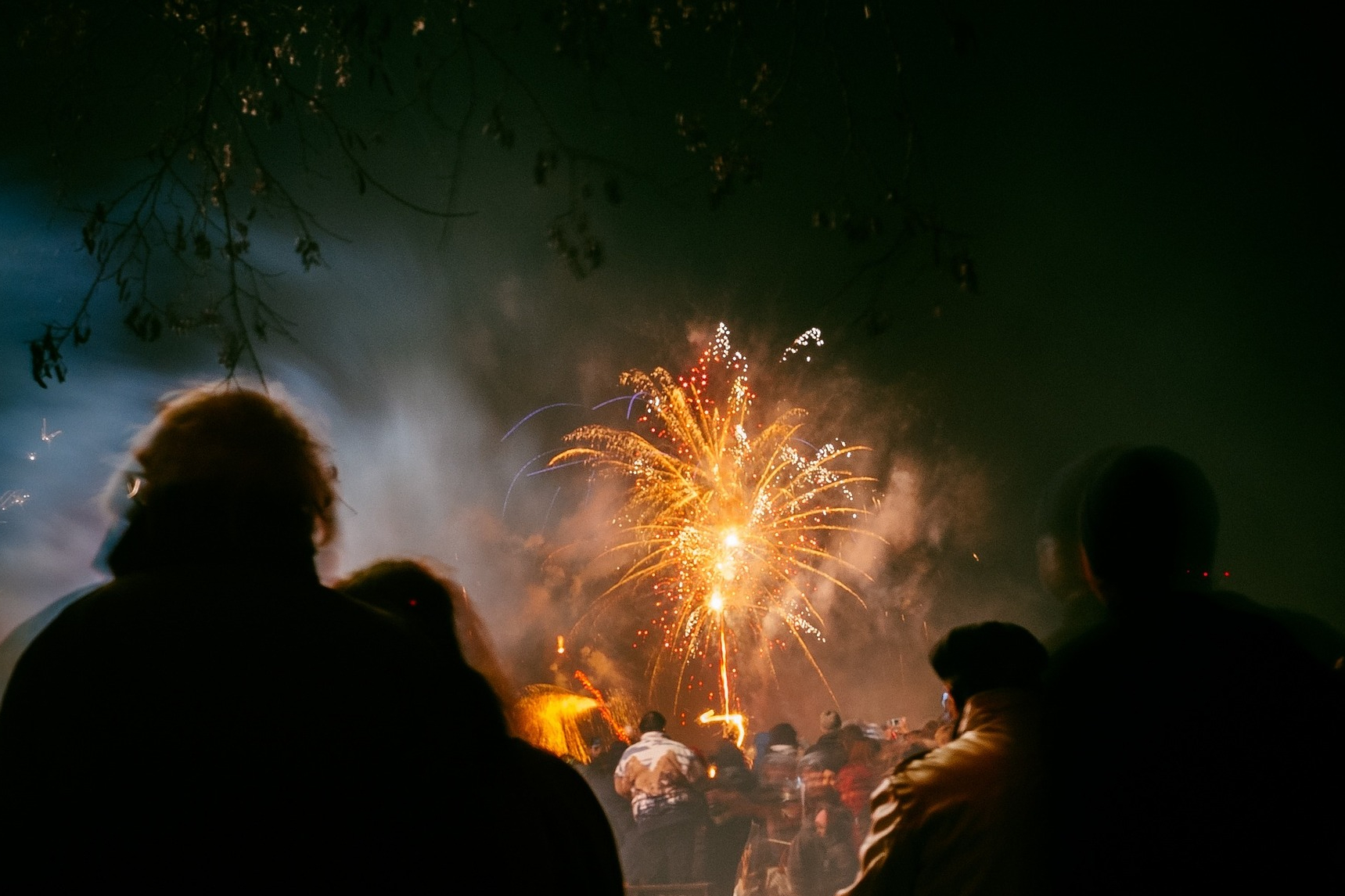 Bonfire night on 5 November came into being to mark the failed attempt of Guy Fawkes to blow up the government of King James I of England in the Gunpowder Plot of 1605.

However, Britons are not the only people who like to set fire to anything and everything – across the globe we all like to celebrate with a bonfire or fireworks. In Italy, Bonfire Night is celebrated every year, with clubs and bars holding themed nights and firework displays. It may be the Italians also like to celebrate the thought of the UK Houses of Parliament going up in smoke – but Italy, too, has a long tradition of celebratory bonfires, known as Festa dei Falò.

The worship of fire dates back to primitive times – Ancient Romans worshipped the god of fire, Vulcan. He was not the best looking god, but was so hot, that he won the heart of the goddess of love, Venus, and married her. Across Italy there are now festivals that involve fire, including La Vecchia in Northern Italy, in which the effigy of an old hag made from wood and vines is burnt on the middle Thursday of Lent in spring. The ceremony appeared in the Fellini movie Amarcord and is thought to be pagan or early Christian in origin.

Another fire festival in Italy involves lighting fires to encourage the Roman sun god Sol to shine and provide some warmth during the winter months. These festivals take place across Tuscany – but many Festa dei Falò take place across Italy in winter and have ancient roots dating from when people tried to appease the gods to see them through winter. The festivals also provide some entertainment and light during the dark and cold winter months.

There are festivals involving bonfires throughout the year in Italy, however – some of which celebrate ancient Roman gods and goddesses. or Christian saints – as well as regional or local festivals.

The Falò di Sant’Antonio dedicated to Saint Antony involves a bonfire in Filattiera in Tuscany on January 16 every year. In Ancient Rome, the annual Vulcanalia dedicated to the fire god took place on 23 August every year and was held during the harvest months to placate the god, so that extreme heat in one of the hottest months would not ruin the harvest.

In Ancient Rome, festivals held on a set date every year were known as Stativae (stable) – those which varied but were regular events were known as feriae, meaning holidays. Other festivals were called ludi, when games would be played. Some festivals were public – and some were privately held. But the tradition of lighting fires to celebrate or placate the gods was common, too.

In Ancient Rome, even slaves were allowed a day off for public festivals so they could rest and celebrate. There is no better excuse, then, for everyone to celebrate on Bonfire Night. In the UK, it is traditional to bake potatoes and sausages in the flames, drink mulled wine, hot chocolate or soup – and let off fireworks all over the place.

It was also a tradition in Ancient Rome to construct funeral pyres – this usually took place outside the city and the pyre was made of wood and papyrus, with professionals called ustores in charge of the proceedings to send you on your way to heaven. The eyes of the deceased were kept open, presumably so they could see where they were going and not crash into any stars or planets.

Fire has many traditions and significances for us now, as it did in Ancient Rome and other civilisations. Just as the sun was and is a life-giver, fire was used to celebrate, mark solemn occasions and provide light and warmth, especially in winter, as well as for cooking. It is thought that the Great Fire of Rome in 64 AD was caused by cooking over fire among the poorer and closely packed homes in Ancient Rome, so perhaps a few safety precautions are necessary if you are going to enjoy Bonfire Night this year.

It is important to make sure pets are safe and not frightened by the noise – a few sausages should help – and that children are kept. away from danger. The bonfire is built days in advance – and like the La Vecchia festival in Tuscany, an effigy is built to burn on the bonfire: in this case, Guy Fawkes.

It is also traditional for the man of the house to light the bonfire and the fireworks, so that everyone else can stand back and admire his handiwork and enjoy eating and drinking.

Togas are optional and perhaps only for the brave – wrapping up warm recommended. But as the Ancient Romans used to say: Semel in anno licet insanire.

Madness is allowed once a year.

Alternatively, you could just go to a themed night at a local bar or enjoy the fireworks from your window.