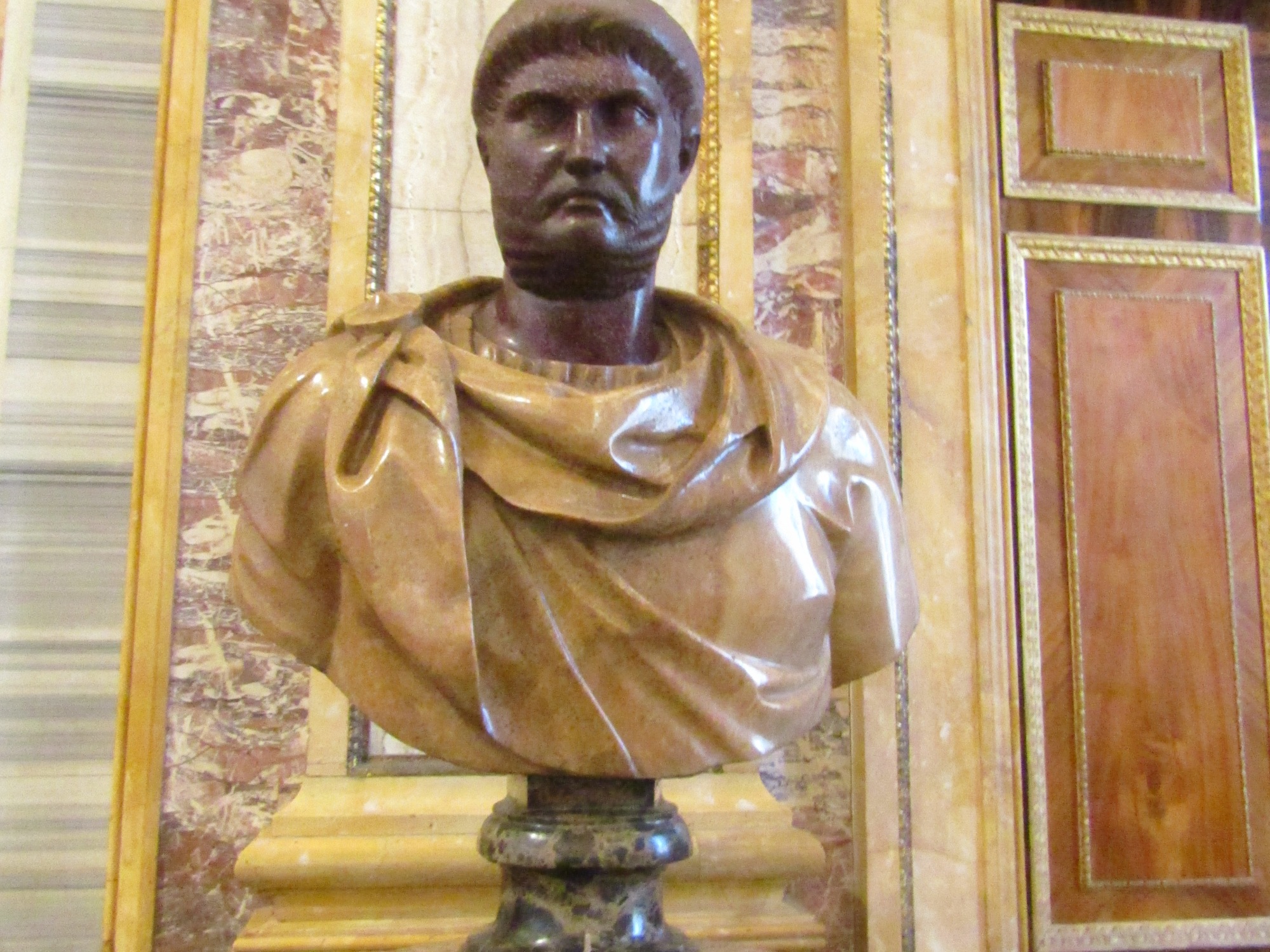 Emperor Nero was born on 15 December in AD 37, making him a Sagittarius – energetic, a lover of sport and enjoying himself.

Nero is suspected of having started the Great Fire of Rome – as well as being rumoured to have fiddled all the way through it while Rome burned. However, it is thought he was in Antium, his birthplace, when the fire started and returned to Rome to organise and fund relief efforts. He blamed Christians for the starting the fire and had many put to death.

Nero was the last emperor of the Julian-Claudian dynasty of Roman emperors and his debauchery and excess is surrounded by myth.

He was adopted by Agrippina’s second husband, Emperor Claudius, who was his great uncle. His mother Agrippina the Younger was the sister of Emperor Caligula – and Nero was also the great-great grandson of Emperor Augustus, so his credentials as heir in waiting to the Roman Empire were impressive.

His accession as Claudius’ heir was as a result of the consent of the Praetorian Guard, proving how powerful this elite unit of the military was. The Praetorian Guard had been founded by Emperor Augustus – who also succeeded his great uncle, Julius Caesar.

The guard had both protection duties to high ranking Roman officials and also provided intelligence services.  In his early years as emperor, Nero ruled under the guidance of a Praetorian prefect, as well as his tutor.

The Praetorian Guard was disbanded by Emperor Constantine in AD 312, following his triumph over his rival Maxentius at the Battle of Milvian Bridge.

Nero’s mother Agrippina the Younger was as ruthless as her son – and it is rumoured she was implicated in Claudius’ death so that her son could take over as emperor, hastening Claudius’ death using poison because of a renewal in his relationship with his biological son.

Her dominance of her own son ended badly, however, after Nero decided he had had enough motherly love and ordered her to be killed. So much for filial gratitude.

Nero ruled for 13 years and died on 9 June AD 68. Many Roman citizens thought he was corrupt and extravagant – but something of a cult grew up in some areas of the Roman Empire among those who supported him and felt he would be reincarnated and return.

There is a bust of Nero in the Hall of Emperors in the Borghese Gallery, Rome – he looks very much like Henry VIII and a little like Donald Trump, so perhaps he did walk among us once more.

Happy birthday, Nero – but don’t blow too hard on those 1,985 candles!