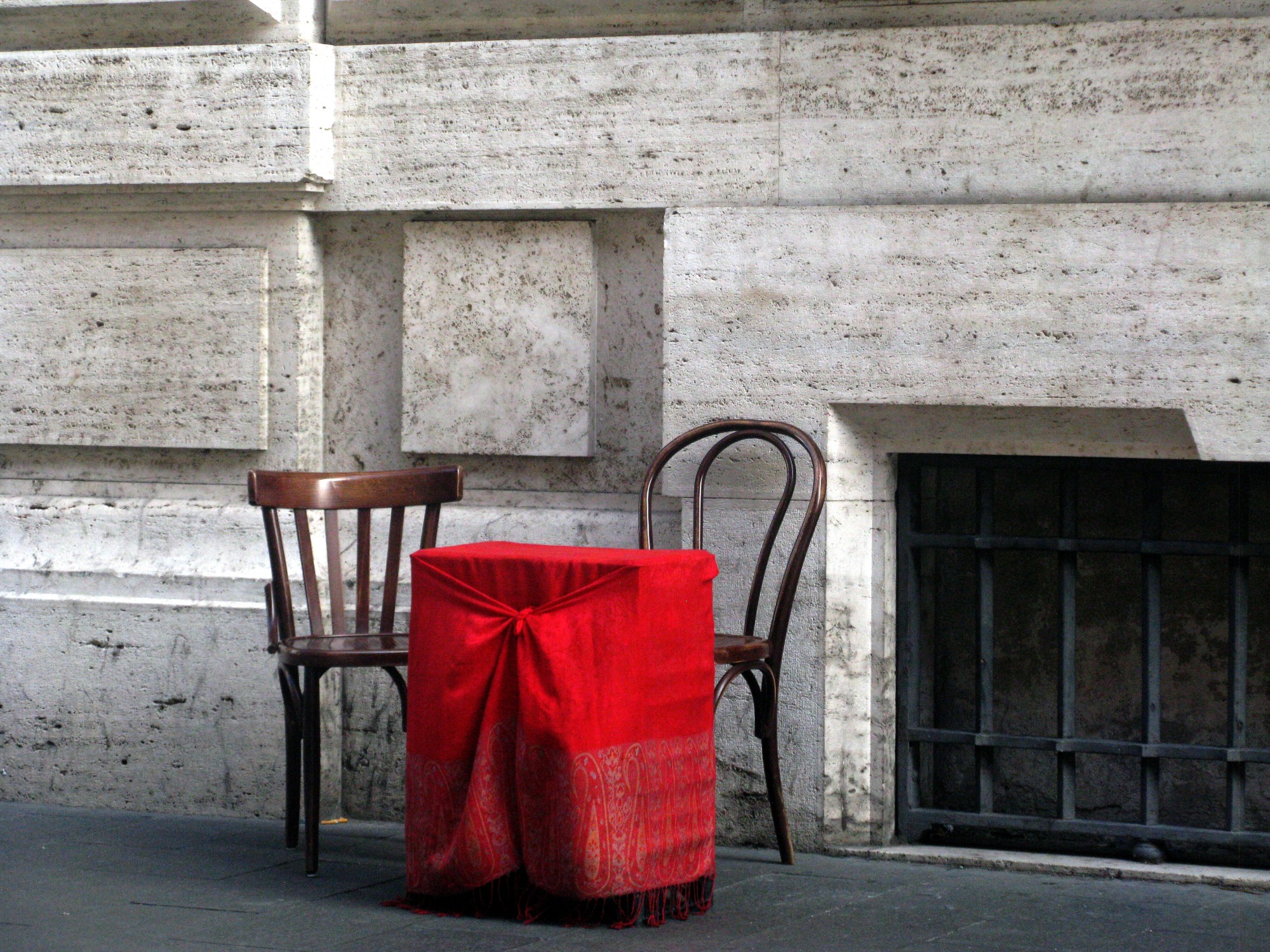 It is not often you walk along a street and find a table and two chairs set out for no apparent reason. In Rome, this is usually a sign that, if you are not approaching a restaurant or café, you could be in for a spot of soothsaying.

Given that Rome is the centre of Roman Catholicism and fortune telling is prohibited by the faith, I wondered if there was a chance of being arrested – at first my reader Dario kept scanning the street as if the Praetorian Guard might appear at any moment.

However, fortune telling, sorcery and portents were very much part of life in ancient Rome – and it is even thought that professional witches plied their trade. There was also entrail reading, where the soothsayer cut open the belly of a fish and read its entrails, perhaps before an important journey was undertaken or prior to a military campaign. The night before Julius Caesar was murdered, his wife pleaded with him not to go to a meeting because she had been kept awake by nightmares all night, which she took as a warning and was proved right.

The Romans obviously paid a lot of attention to portents and auguries – although these days the Tarot readers are there for entertainment.

Dario, my reader, is a magician, he tells me. I have been persuaded to take a seat behind the newsstand on the Via del Corso and now wait patiently while he shuffles the cards. He has beautiful hands – and smokes a cheroot. Without his on trend puffa jacket, he might resemble a nineteenth century poet.

He told me I was a writer, which I thought was pretty accurate, because I am – adding a few details about my character and attitudes to certain aspects of my life, which were also accurate. I discover that Dario and I both prefer to avoid what he calls “complications” in life.

My last three cards are The Lovers, The Sun and The Emperor.

“The next time I see you in Rome, you will be driving past in a big car with an important man in your life,” says Dario, looking at the three cards.

I had not asked about amore and I shake my head, because I am 99 percent certain that next time I am in the Eternal City, I shall be marching along Via del Corso in comfy shoes heading to the Caracalla Baths, camera in hand, totally Rome Alone.

In fact, driving through Rome in a car next to an important man is not the way to see and get to know the Eternal City. You have to don your walking shoes and pound the streets day and night – and you will be rewarded with wonderful sights, wonderful people, a wonderful arts scene, wonderful food and wonderful shopping – perhaps even a Tarot reading, and definitely some magic.

Tarot reading with Dario on Via del Corso €10.

Rome in a car with important man: possibly costly and complicated.