The third book in the ROME ALONE series – VERONA ALONE – is now available to download FREE on Kindle Unlimited or for just £2.60.

The story shifts from Rome to the beautiful and ancient city of Verona, where newly divorced former cellist Moira fulfills a girlhood dream by visiting the summer opera season at Arena di Verona.

Read VERONA ALONE first – then catch up with the back story and download ROME ALONE and ROME AGAIN. 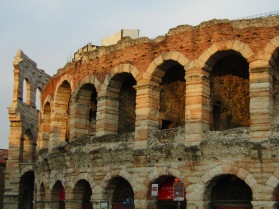 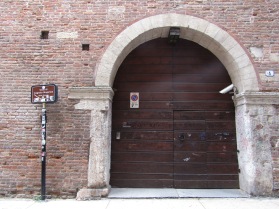 Tomba di Giulietta – located outside the city walls, where suicides were buried

Set off to the Eternal City for a weekend of surprises, as unhappy housewife Bee and newly-divorced Alzheimer’s expert Dr Neil McCarthy leave from opposite ends of the country for a mini-break full of the unexpected that will change their lives forever. Return to Rome with them three years later and discover the forces at work which they never suspected on their first trip.