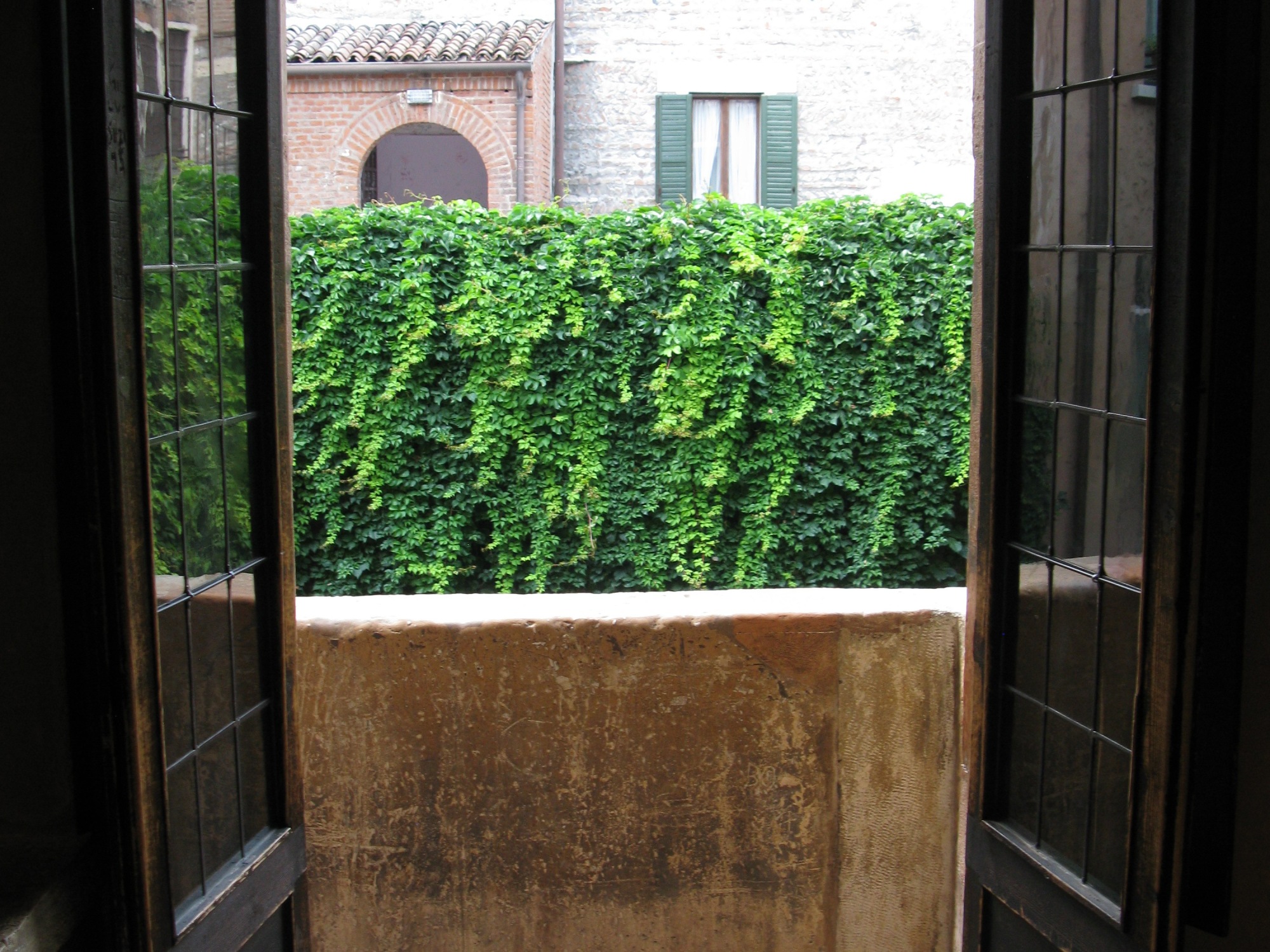 Verona may be a one-day excursion from Lake Garda for you – or perhaps you will be staying for a few days to visit the opera at Arena di Verona, or en route to Venice.

Verona is a relatively small city – but there is plenty to see, including the Arena and the small Roman amphitheatre across the River Adige – as well as Juliet’s House and her tomb,  the street where Romeo’s house is located – and some excellent shopping and eating opportunities!

If you have never visited Verona before, Casa di Giulietta is usually the one site you will see – but there is a way to seize a photo opportunity and avoid the crowds if you are pushed for time. Juliet’s House is in the centre of Verona and can be very crowded, although parties entering the house itself are usually staggered.

For an excellent selfie, however, visit the La Casa di Giulietta embroidery shop next door to the entrance to Juliet’s House – on the second floor is a large window overlooking the courtyard to Juliet’s House and the famous balcony, which was actually added much later for tourists and so is not the balcony Romeo might have climbed up. If you visit in the evening when Juliet’s House is closed, buy a small item of personalised embroidery from La Casa di Giulietta and you can go up to the second floor for a selfie opportunity – and may find you have the view all to yourself!

If you are planning a visit to Casa di Giulietta, the house itself is spread over four floors, but is quite compact. You can gaze across the rooftops to where Romeo’s house is in a nearby street, Via Arche Scaligere.  There are also items from the Zeffirelli film of Romeo and Juliet (1968) on display – and if you love Italian tiles, there are some beautiful tiled floors and walls which will make you want to redecorate as soon as you get back home.  You can also send an email to Juliet on the PC provided – and don’t forget to leave a message in the visitors’ book, or even a message to your own true love on the wall outside!

There is usually a bit of competition to stand on the famous first-floor balcony for a photo, so patience might be needed – but above Juliet’s chamber a staircase leads to what would have been an original balcony, where Romeo might have made his entrance into her bedchamber – and from where she might have tried to escape with him, rather than see him exiled from her.

It is known that Giulietta Capuleti and Romeo Montecchi existed and died somewhere between 1290 and 1299. At the time they lived, the language spoken in Verona was Latin. The two families were the leading dynasties in Verona at the time and were in competition to govern the city. The story of their tragic love was handed down by the Franciscan friar who helped them – and who was also immortalised in the play by Shakespeare, as well as the operas based on the story.

If you are staying in Verona for a few days, it is also easy to visit Mantua – where Romeo was exiled to – by train or bus. The train from Verona station takes around 40 minutes to Mantua – and you can plan your journey at the website Rome2Rio.com, where you can also plan  a trip to Venice from Verona.

Want to go to Verona now?

The third book in the ROME ALONE series – VERONA ALONE – is now available to download FREE on Kindle Unlimited or for just £2.60.

The story shifts from Rome to the beautiful and ancient city of Verona, where newly divorced Moira fulfils a girlhood dream by visiting the summer opera season at Arena di Verona.

There she finds herself taken under the wing of a generous American who appears to have a secret. It is not until Moira finds herself all at sea with him that the secret he is keeping can be revealed.

Read VERONA ALONE first – or catch up with the story and download ROME ALONE and ROME AGAIN.